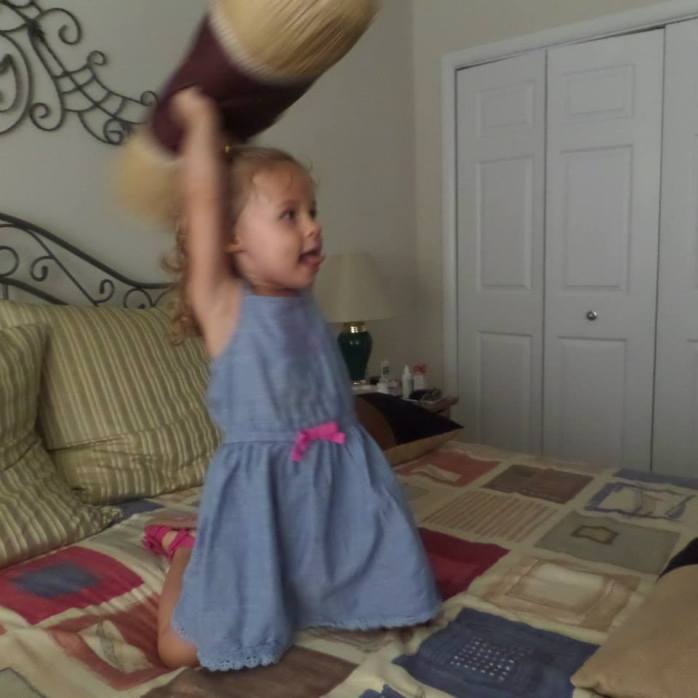 At a blissful time in our daughter’s young life we were getting two, 3-hour naps a day. It was amazing. The amount of stuff that my wife and I could do was quite impressive. I personally broke the first 3 hours into chores, followed by the second 3-hour nap with some TV, video games, or napping myself. There were moments when Claire’s first nap wasn’t a full three hours, but that was okay—you always had the second nap to make up for it.

The day finally came when that late morning nap disappeared. I wasn’t informed. There was no, “Hey dad you might wanna brace yourself for this.” It was taken from me. I’m not going to lie; there were some man tears shed over the loss of the first nap. Eventually, I was able to pull through and condense all I needed to do into the only remaining 3-hour nap. Many an awesome project had been accomplished via the naptime we had left. Rebuilding the patio deck and painting/remodeling the downstairs basement were the major things (each took 3 months worth of nap-time, and bed time sleep).

I think that dreaded day is almost here. I knew it would come, but I don’t want it to be here already! In the last few weeks my wife and I have both noticed its presence slowly creeping in. Of course, I am alluding to Claire not napping anymore.

The last few days Claire has not napped. Honestly, it is my fault. The Saturday it first happened we were visiting family and Claire was playing with her cousin. My mom didn’t think to put them down, and honestly they didn’t show signs of sleepiness. The next day I made sure I put her down for her nap. I had her milk, storybook and doll all set up. Claire went to her room and climbed into bed without an issue. “Have a good nap” was said, and I proceeded to go and read for a while. I could hear Claire playing in the room through the monitor. It was clear that there would be no nap in that room. ‘She might need me to go in there and remind her’ I thought to myself. I went in and told her to settle down, but 5 minutes later she was hollering, “Papi, come here!”

There are those moments in life where one is left baffled at what to do, say or think. This is one of those moments.