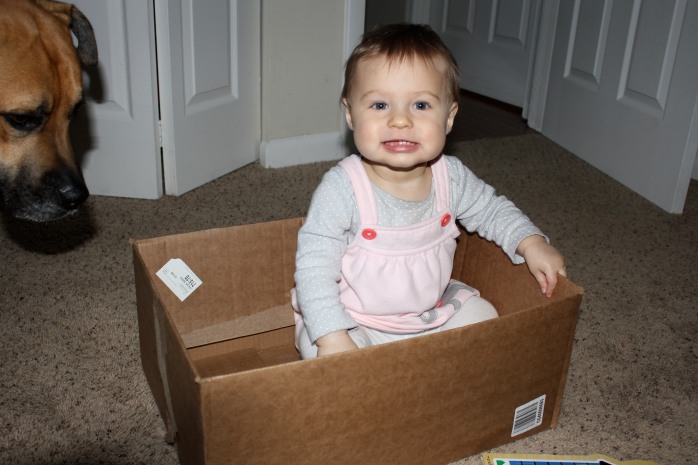 A few friends that have kids have shared the following experience with me and are just as perplexed as I am.

It seems that after hundreds of dollars were spent on toys for their children’s Christmas the kids don’t really care much for them. Sure it lights up and speaks French, English and Spanish but it isn’t that exciting. After a few minutes of playing with said toy these kids say, “au revoir” and move on. The interesting thing—hence why we are so perplexed—is what they are moving on to.

My own daughter has done this several times. We have a box that is big enough for her to climb into and that’s exactly what she does. Claire plays in this box, laughs, falls out of it and I’m sure she uses it as her own personal bathroom.

I remember playing with my little brother when we were kids in our own boxes. We were astronauts, racecar drivers, and a million other things. I remember coloring with crayons on the outside to personalize them. I’ve seen that some folks are starting to capitalize on this box phenomenon by providing kids with premade boxes to suit their imagination. See here for the simpler house model.

I can’t help but marvel at the simplicity of my daughter playing in this box. It’s a cardboard box, but I guess it is so much more than that. To me it is a reminder that I need to use my imagination more. That having fancy things do not really make me happier—some times they make things more complicated!

I am envious (in a good way) at the manner in which my daughter can find joy in such a simple thing as a cardboard box. Maybe I’m putting too much into this thought, but what has happen to us adults that a cardboard box isn’t enough anymore? When was the last time we found joy in something so simple?

It is something worth pondering. At least I think.

3 Comments on “The Cardboard Box Phenomenon”